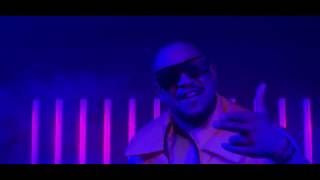 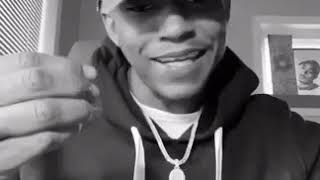 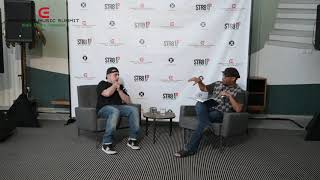 The Parallels Between a King and a God: A Comparison of LeBron James and Jay-Z

Basketball has always been the unofficial sport of hip-hop. In 1984, Kurtis Blow, one of the first breakout hip-hop stars, had a song entitled “Basketball” that helped to create an ever so present link between basketball and the then newly formed genre of hip-hop. The song was an instant hit with anyone who enjoyed the game of basketball. Kurtis named dropped various players such as Julius Erving, Kareem Abdul Jabbar, Wilt Chamberlin, and other great “ballers” of the time (sorry Michael Jordan, this was your rookie year, and you didn’t make the cut). The song “Basketball” helped to create a link, which has often been overlooked, between the NBA and hip-hop. This link helped to create a new “cool.” During the same year the song “Basketball” was released, Nike released the first pair of Air Jordan’s, which has since become a staple in Hip-Hop and urban fashion. All too often when black music and corporate America meet, manipulation and exploitation start to happen. However, two titans (whose accomplishments are the stuff of legend), have emerged in these two worlds. They’ve managed not just to take control of their brands, but also to show that you can have an impact on the world independent of your profession. These two individuals are Shawn Carter better known as Jay-Z or Jay Hova, and LeBron James also known as King James.

Ok, I’ll be the first to admit that I was a bit skeptical of LeBron James. I mean based on the examples we’ve had in the past (i.e., Kwame Brown), I did not think the number 1 rated high school basketball player and top draft pick from Akron, Ohio, would live up to the hype when he turned pro. Not saying that it was impossible, because we did have some pretty good players that opted to skip college for a career in basketball, but outside of Kobe Bryant, there isn’t much argument when it comes to the greatest player ever debate (sorry Kevin Garnett). As a casual fan of basketball (meaning I watch it when I can but I’m not going to go out of my way to catch a game), I thought of LeBron, at best as being the best player on his team. I didn’t believe he’d become the best player in the league, best player of this generation, or arguably the best player EVER (I still can’t believe I typed that). But lo and behold on the cusp of his 9th finals appearance and another MVP like season, we have to accept the fact that LBJ earned the title King James.

Jay-Z has been one of the longest standing hip-hop artists ever. His career started in the late 1980’s, and he remains one of the best rappers in the game. The skinny kid from Marcy Projects in Brooklyn, NY, has become one of the most notable faces on the planet for not only his artistry but also his business acumen. He didn’t learn this skill set sitting in a class at Harvard University or any other formal educational setting. He polished his skills in the back alleys of New York and small towns throughout the east coast. There hasn’t been a hip-hop artist with as many accolades as Jay-Z has ever. Often challenged by others to take his throne (i.e., Nas almost overthrew the throne with his diss track Ether), the self-proclaimed God MC (Jay Hova), has always come out victorious. Outside of money (Forbes estimates Jay-Z to be worth $900 million, making him the richest hip-hop artist in the world. LeBron James is estimated to have a net worth of $400 million making him one of the highest paid athletes in the world), Hov and King James have more in common than we think.

First, I have to say that surviving in these two industries over a long period is challenging, with most rap artists only having a career of 3–5 years and most basketball players have a career cycle around the 5-year mark. Jay-Z has managed to stay relevant for almost three decades, and LeBron is in his 15th year in the NBA. These two have proven their elite status by remaining consistent throughout the years. Here’s what these two have in common.

Let’s start with the upbringing of both superstars. LeBron James and Jay-Z were both born in December (different years), raised by a single parent mothers named Gloria (same name but different people), in poverty-stricken neighborhoods in northern states. While LeBron would choose the basketball court as his outlet, Jay-Z chose rap music. Both individuals started their careers as teenagers with Jay-Z appearing on songs by with mentor Jaz-O and LeBron James being drafted as the number one pick by the Cleveland Cavaliers at the young age of 18. Neither one of the men attended college.

Jay-Z’s first (rookie) album “Reasonable Doubt” eventually went platinum and was considered by Rolling Stone as one of the 500 Greatest Albums of All Time. LeBron James won NBA “Rookie of the Year” honors during his first season in the NBA and in his debut as a professional basketball player he scored the most points of any prep to pro player in history.

At the beginning of a song called “Meet the Parents” from Jay’s Blueprint 2 album, Jay states “First they love me then they hate me then they love me again.” Not only does this tell us about Jay-Z’s rise the stardom and the love/hate relationship that people have with the multiplatinum artist, but it can also be said about LBJ. Think about when he we drafted by Cleveland. He was considered the savior of the franchise. They loved Lebron James at that time. However, when James’ made “the decision” to take his “talents to South Beach,” the people of Cleveland were burning Lebron jersey’s. After his stint in Miami was up and King James decided to go back to Cleveland the fans embraced him and loved him once again.

Every album that Jay-Z has released sold at least a million copies, making each album platinum. Platinum is considered a huge success, according to RIAA’s metrics. He also won 21 Grammy’s (musics biggest awards). LeBron James has been named an NBA All-Star every year following his Rookie year. Each year he puts up big numbers in points, rebounds and assists. He has consistently been in the running for the NBA’s Most Valuable Player award, winning the award 3x (along with a number of other awards such as finals MVP, All Star MVP, and more).

Both Jay and LBJ had numerous endorsement contracts with sneaker lines (Jay-Z with Reebok and LeBron with Nike), clothing brands, watch brands, phone companies and more. These endorsements have helped them gain a fortune. Nike signed LBJ to a deal that could potentially earn him a billion dollars. Jay-Z is currently almost worth a billion dollars.

These two individuals are politically connected and have helped former US President Barack Obama get elected. They both, take a firm stance against current US President, Donald Trump’s racist antics and policies. They do not shy away from their involvement in activism by speaking out against social injustices (Trayvon Martin, Michael Brown, etc.), raising awareness about issues that affect inner-city youth, and they both generously donate time and money to various nonprofit organizations.

One of the drawbacks of being great comes with comparisons to those that came before you. With Jay-Z, it is the late great Notorious B.I.G., whose life was cut short before he could truly enjoy the success and contributions that he made to hip-hop. Jay often acknowledges this comparison between him and his late friend, with lyrics such as “If I ain’t better than B.I.G, I’m the closest one.” LeBron’s comparison is with NBA legend, Michael Jordan (widely regarded as the best player ever), who may forever overshadow him, due to his six rings and commitment to the Chicago Bulls (even though we can’t forget the MJ who played for the Wizards).

One of the things that makes a person great is their ability to adapt. Jay-Z has not only adapted to the climate of rap throughout the years he has also shown how he can adapt from the streets to the boardroom. Not only was H to the Izzo able to rap he’s proven that he can wear multiple hats in a number of different ways. The same can be said for the Akron Hammer (one of LeBron James’ nicknames). He is often referred to as a player-coach and is the leader of his team. He can play any position on the floor and is often successful in matchups with anyone.

Often, we associate the greats with the events taking place and the timeline that these events happen. Perhaps, if Jay-Z decided to sign a record deal instead of releasing his first album on his own label or if LeBron James stayed with the Cavaliers, instead of signing with the Miami Heat, there would be no debate of them reaching GOAT status (Greatest OF All Time). But hindsight is always 20/20, and we all should learn to fail forward. However, we do know that these two forces are not taking any prisoners when it comes to their legacies. They are striving to reach legendary status, and to some, they have already surpassed that status. LeBron continues to deliver MVP like seasons year after year and Jay-Z continues to put out classic after classic. Even with the success that both guys received throughout their respective careers, they continue to improve and impact the culture.